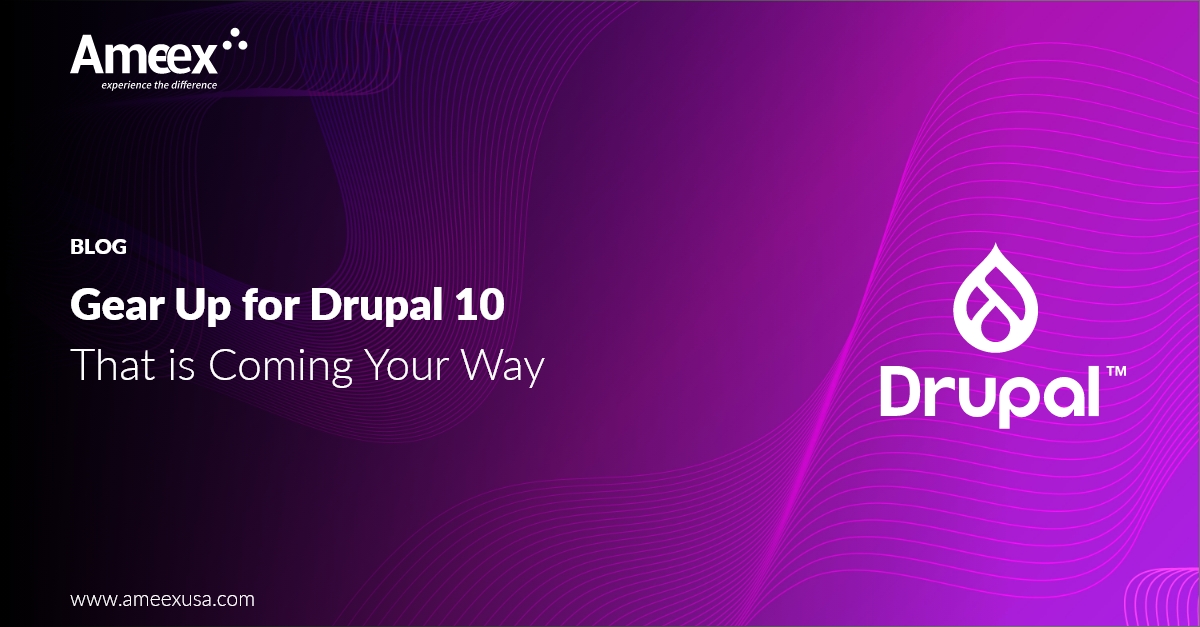 Gear Up for Drupal 10 That is Coming Your Way

Authored by Ameex Technologies on 29 Apr 2022

When can you expect Drupal 10?

Drupal 10 is expected to be released by December 14, 2022. The most recent version has amazing features, goals, and deliverables to help you remain on top of your websites and keep up with the evolving technology. Drupal 10 is a more polished version of Drupal 9.

What are the latest updates in Drupal 10?

Third-party component versions have been added to Drupal's newest update. Both coders and non-coders will find it more secure, faster, powerful, and user-friendly. Developers may simply search and install modules from their Drupal site admin dashboard once Drupal 10 is installed. The features of Drupal 10, such as headless architecture and decoupled technologies, will make it a prominent CMS in 2022. Users of Drupal frequently requested that automated updates be enabled. This technology, which allows Drupal users to enable safe updates without human intervention, is included in one of the Drupal 10 feature lists. The new front-end modern Olivero theme has replaced the existing Bartik theme in Drupal 10. For Drupal 10, the Drupal team is working on a new workflow for building custom themes as well as a new starter kit theme tool.

How to upgrade to Drupal 10?

Users of Drupal 9 should keep a watch on current changes, and they can use tools like Rector or Upgrade Status to estimate how much work it will take to upgrade to Drupal 10, as well as which modules will be incompatible with the latest version. Upgrading from version 9 to version 10 will be similar to any other minor Drupal core update. Unfortunately, it necessitates some technological expertise on the part of the users. There are two methods to do it: Using Composer or manually.

On November 2, 2021, Drupal 8 reached its end of its life and is no longer officially supported. As a result, users should update to version 9 when feasible, and then to version 10 whenever it is officially released. Because Drupal 8 and Drupal 9 aren't that dissimilar, migrating to Drupal 9 isn't difficult. The Upgrade Status module can also be used.

Although Drupal 10 should have been released by then and will probably include tools for migrating from version 7, you can now migrate to version 9, which will have most of its modules updated to version 10 on the day of its release.