A Finalist at the Episerver Ascend Awards!

A Finalist at the Episerver Ascend Awards! 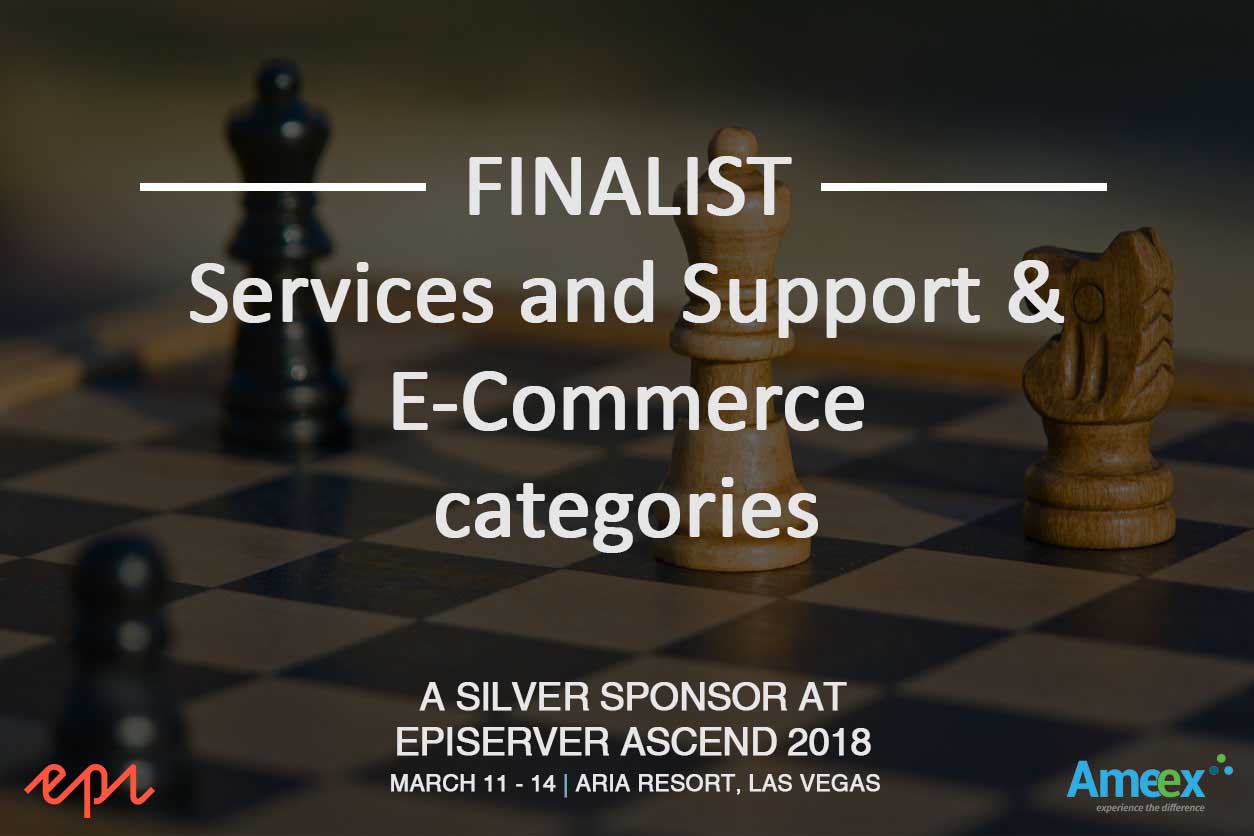 Ameex is excited to announce that we have been chosen as a finalist not for one but under two (Yay!) categories of the Episerver Website Awards.

Our entries under the categories “Services and Support” and “E-Commerce” have both been chosen as finalists. The awards will be given out at the Episerver Ascend event on March 11th,2018 where Ameex is a Silver Sponsor and will be showcasing a demo at our space T15!

The awards that are to be announced at the Episerver Ascend 2018 is something we all are looking forward to! With one more (two??) feathers in our cap, our ability to offer our customers the best value add is now reinstated with the award-winning nomination!

If you are planning on attending the Episerver Ascend 2018 at Las Vegas on March 12th to 14th, do drop by and witness a DEMO showcase at T15 on:EpiMA - an AI driven ecommerce platform that combines the power of Episerver Commerce and AI to help businesses deliver integrated, personalized experiences to significantly enhance consumer engagement and boost sales.

You can register for the DEMO here.